The Codalunga gate was opened in 1521, the third one after Pontecorvo (Liviana) and Santa Croce. We know what it looked like only through very few XVIII-century maps and illustrations and some survey drawings of the mid-XIX century, which show a fairly simple building with rusticated facade, without ornaments, other than the lion of San Marco and the coats of arms of the rettori of the city (now housed in the Musei Civici, as well as the large inscription with their names).

It was radically restructured in 1859, contextually with the construction of the avenue connecting the city with the new railway station (Viale Codalunga), thus becoming the central element of the new excise-duty barrier, called “Elizabeth” in honor of the Austrian Empress and later “Mazzini”, after the annexation of Veneto region to the Kingdom of Italy.

The gate was finally demolished in 1925, while the two sentry boxes on either side of the avenue were, and still are, preserved. The 2017 archaeological campaign made it possible to verify the accuracy of the XIX-century plans and to create a virtual reconstruction. 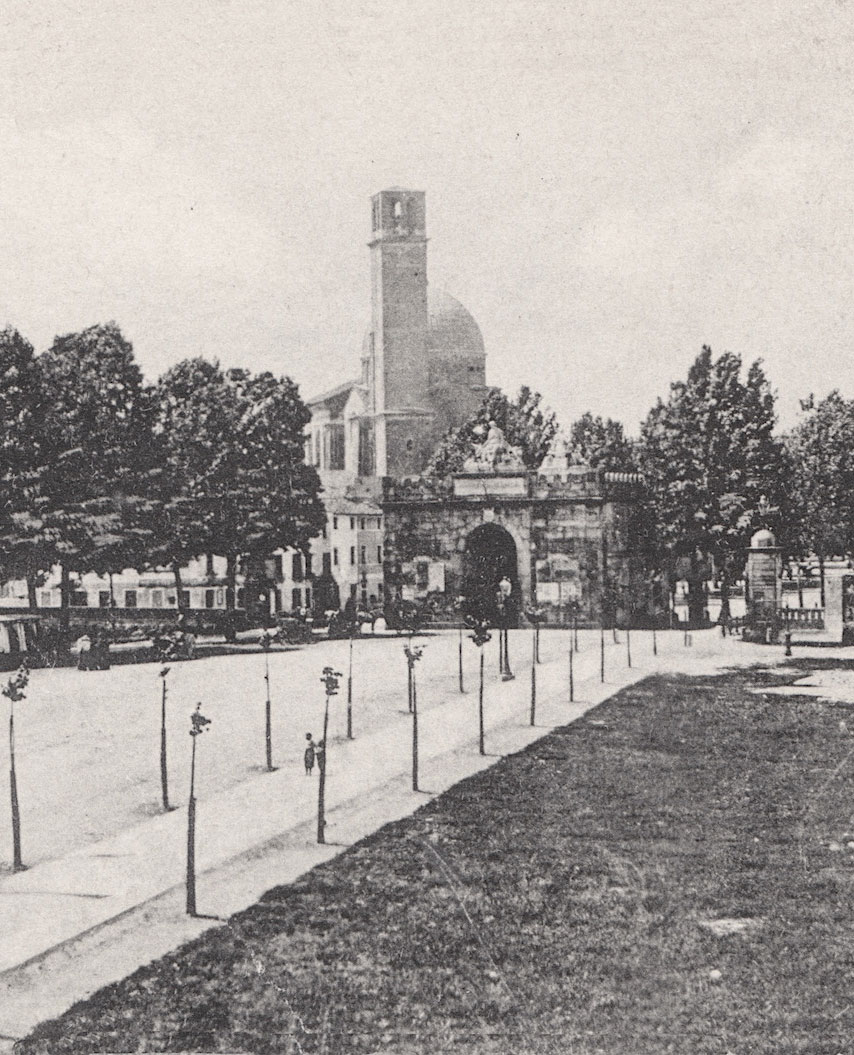 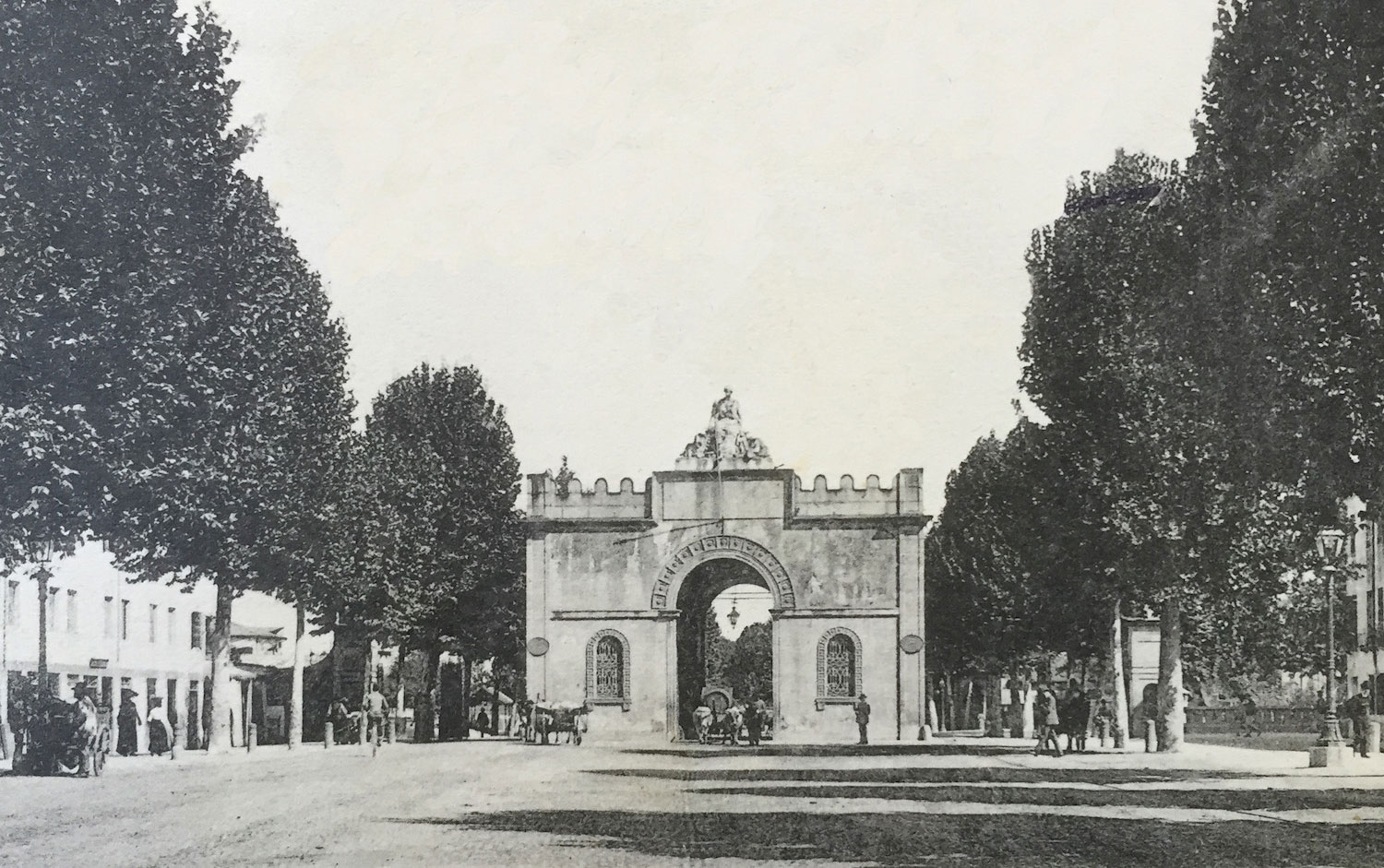 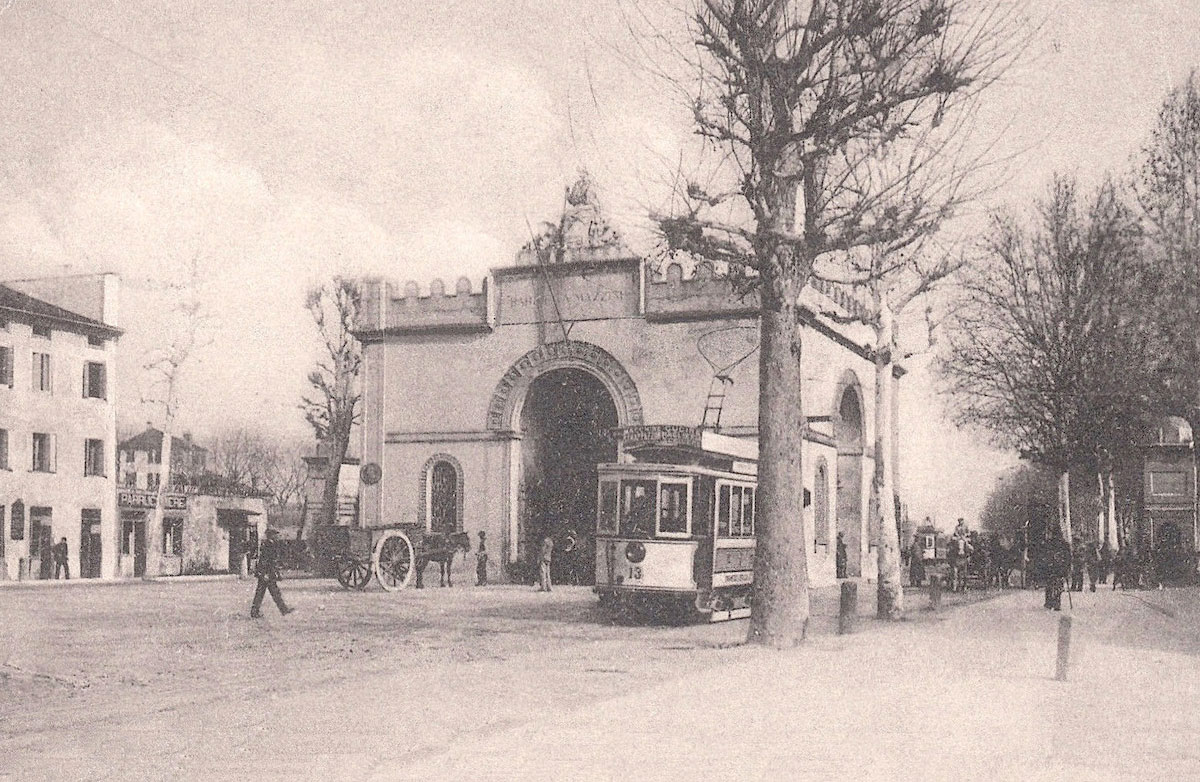 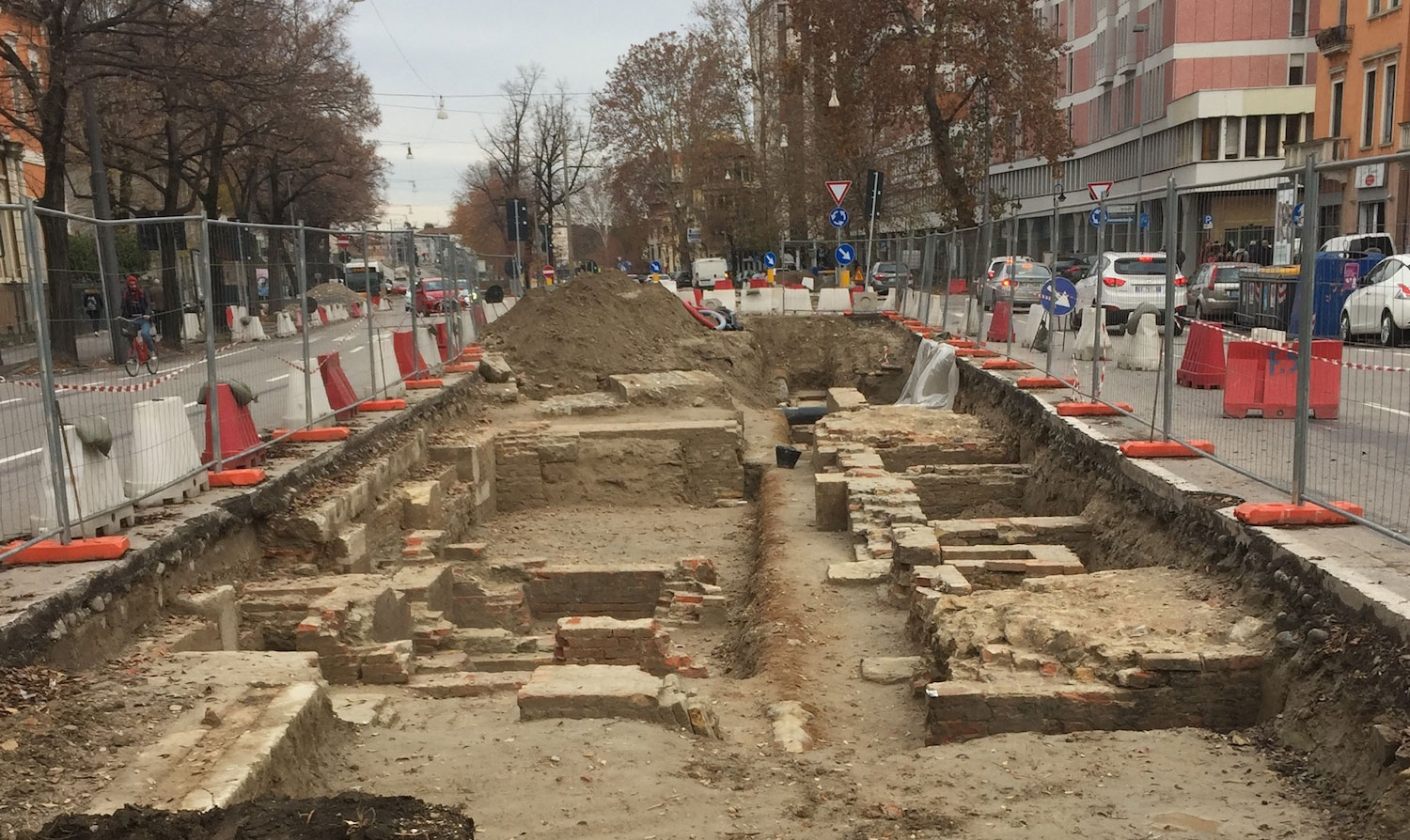 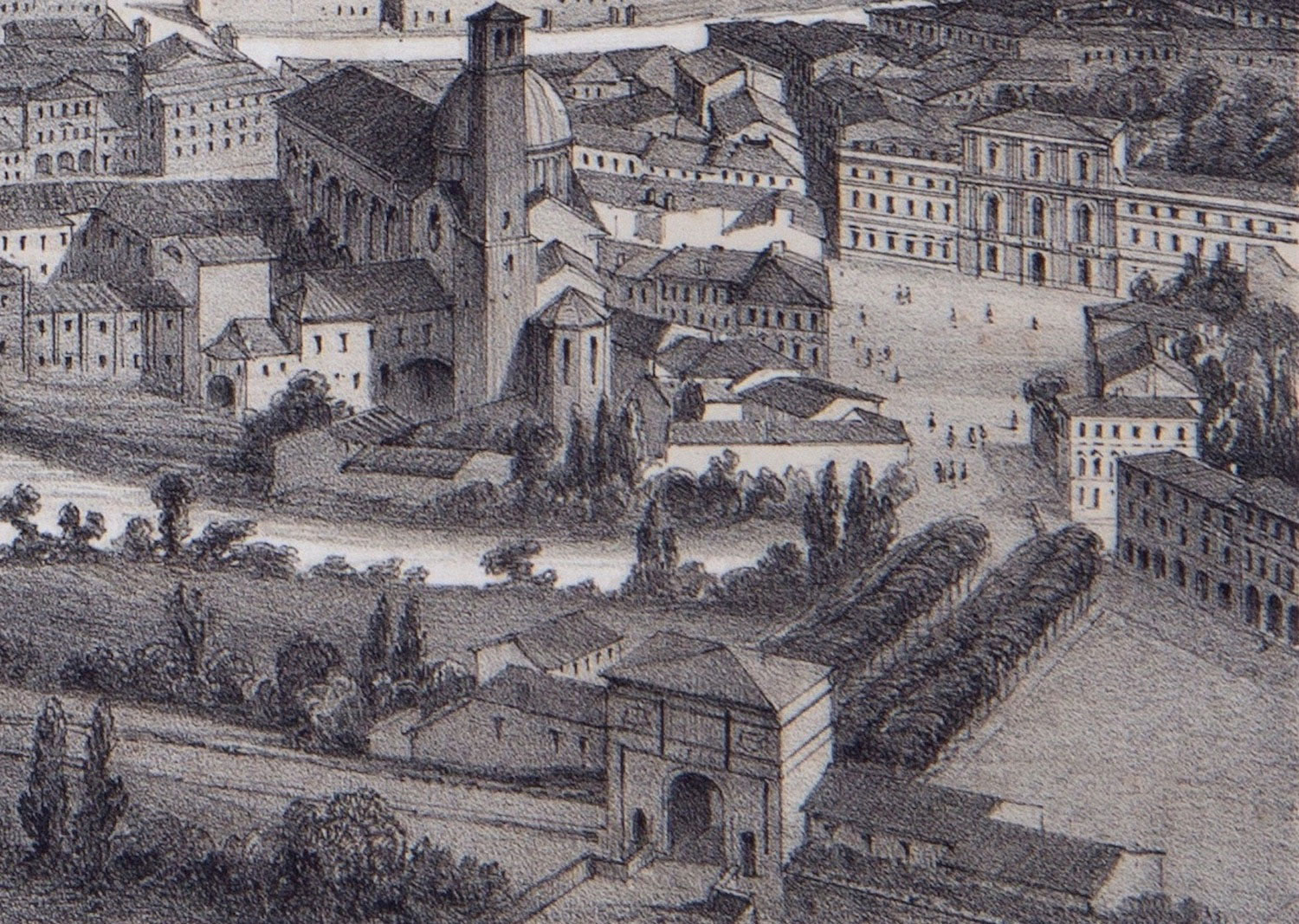 Porta Codalunga no longer exists and the MURA VIVE station is virtual, but the position of the gate, at the center of the avenue (which in this section is part of piazzale Mazzini), is indicated by the two sentry boxes on the sidewalks on both sides of the avenue, with which the external facade was aligned.

It is situated at the south-east sentry box, where the MURA VIVE staff will be present.
The sentry box hosts a video that illustrates the evolution of the gate and the urban context by means of old maps and 3D renderings. The video is captioned in English.
You will also find a QR code that will let you download the contents of the MuraVive app specific to the gate to your smartphone (the app itself is downloadable for free from your app store and includes Italian and English texts).

THE GATE IN AUGMENTED REALITY

MURA VIVE volunteers will take you to the wide traffic island of the boulevard to show you on a tablet the gate "in its place", reconstructed in its actual dimensions in augmented reality.

The MuraVive app will then guide you to a virtual tour of the gate and its urban context, in the different periods of its history, through historical images and 3D models.

Booking is not requested for this station.
Opening days and hours: please check the INFORMATION page. 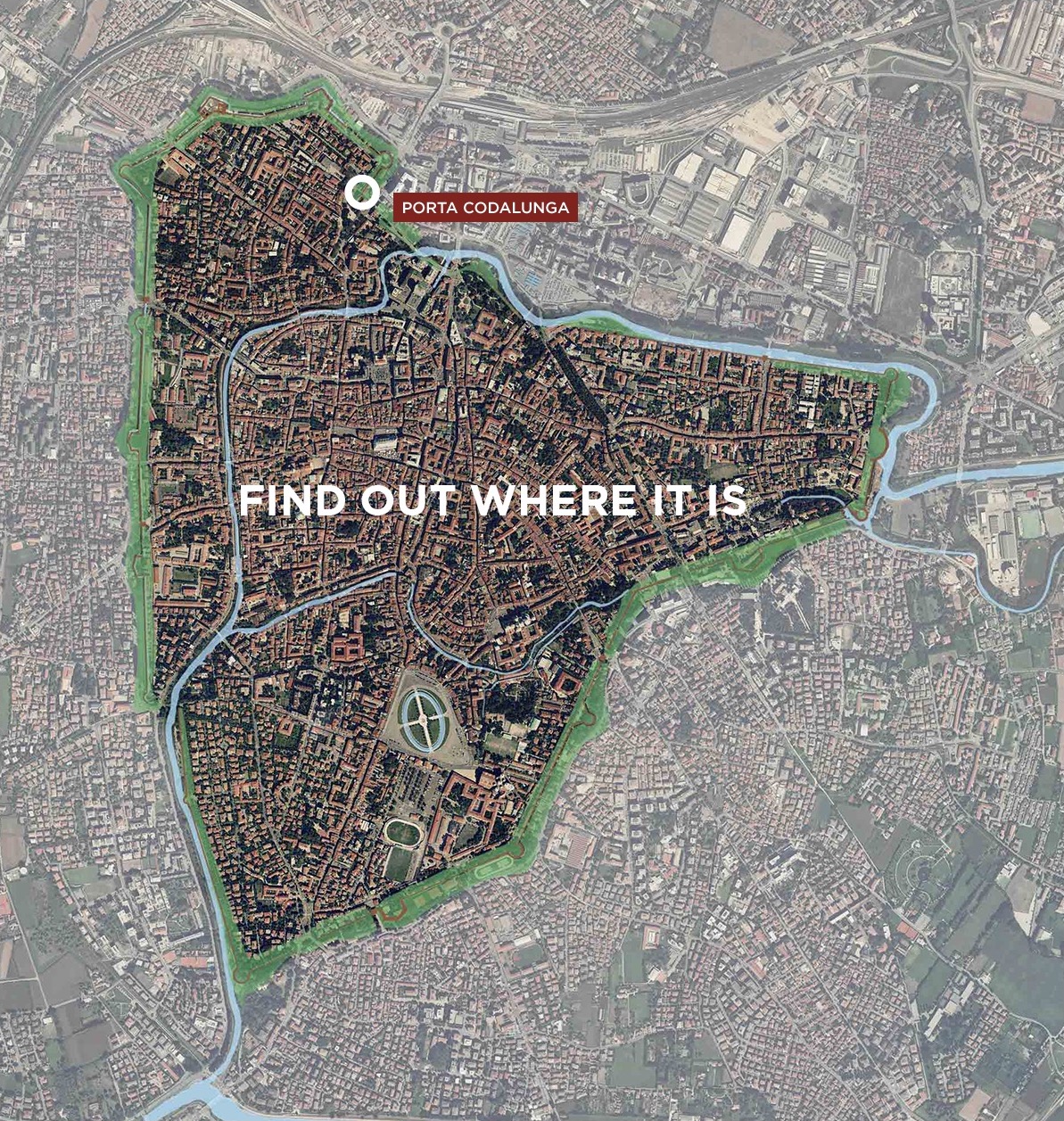